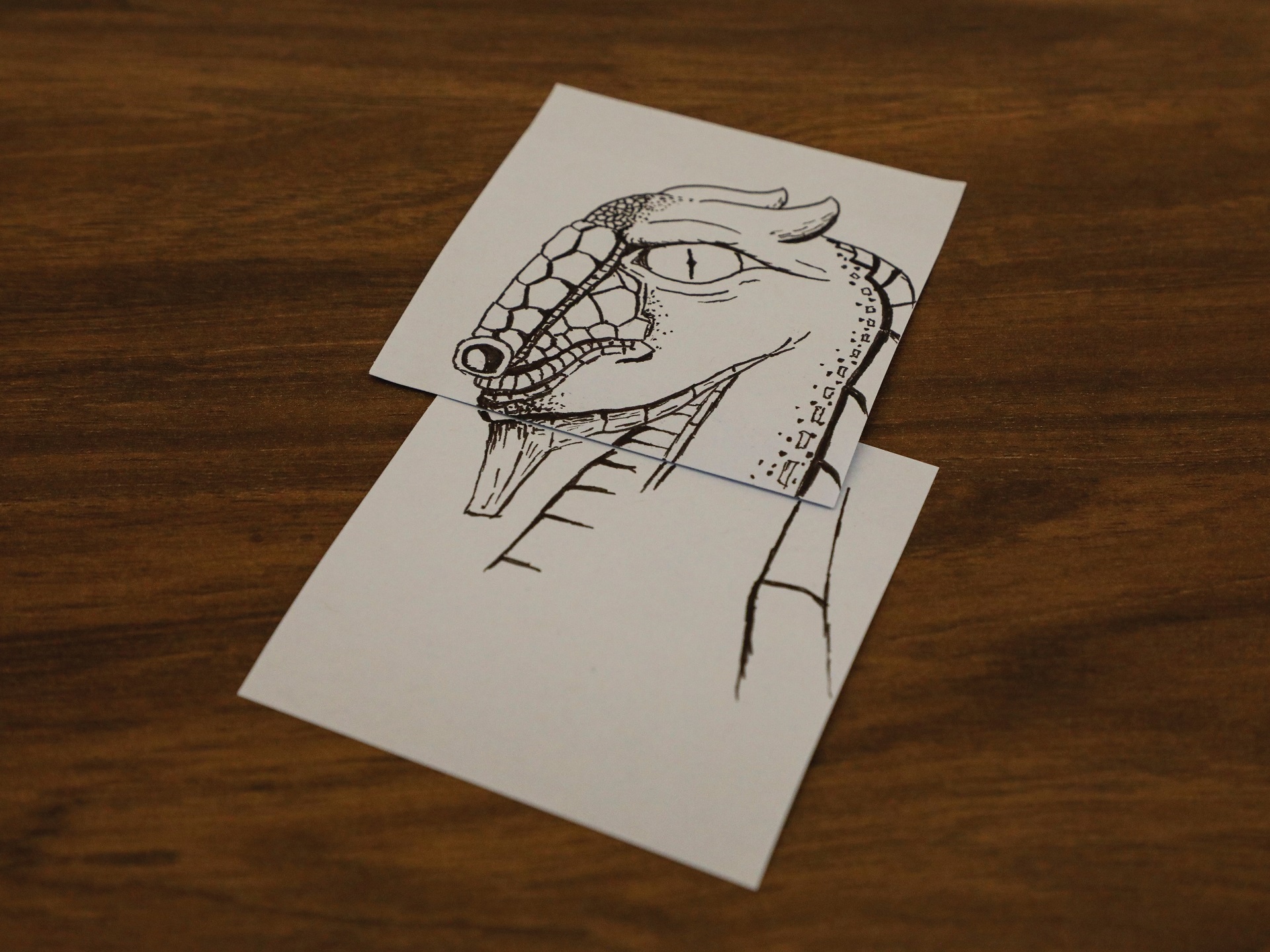 If you’re looking for how to draw a dragon then you’ve come to the right place.

Get your sketch pads and pencils ready as you learn how to draw a dragon.

How to draw a dragon step by step

You can complete the whole guide with a pencil and paper or use computer software like Adobe Illustrator.

When you’ve been able to outline most of the body, sketch the fan protruding from the upper body of the dragon, that’s its wings.

Sketch out the first part of the first wing by drawing an angled line on top of the body. Thicken up this guideline, with more focus at the base.

Create an extra detail by drawing a pointy spike on the top right angle of the wing.

Draw the second part of the wing. Create some curved, pointy lines inside. That’s for more structure. At first, draw lightly so you can get the structure and spacing of the lines right.

Draw some curved lines in between to create the attached skin that forms the dragon’s wing.

Follow the above guidelines to draw the dragon’s second wing.

Sketch out the Tail: Sketch two lines to meet and form a point at the left side. You may make it long to your satisfaction.

Step 3: How to Draw a Dragon Head

The shape of a dragon’s eye is like a football. Create it inside the circle by the right (the upper side)

Shade inside the eye but leave a small circle for a glare. Add extra detail with few lines around it. Make it bony by adding a few jagged lines above the eye.

Look at the right, use the curvy line there as a guideline in drawing the muzzle of your dragon.

For the upper side of its mouth, draw a line that’s wavy. Let it run toward the circle. At the top, add a slit to make its nostril, then, draw another line that’s wavy underneath for the lower part of the mouth.

Create the row of teeth by adding tiny lines of triangles inside the dragon’s mouth. Use the base of the arc as a guideline to draw the mandible.

For the horns, draw some curved lines on top of the dragon’s head. To get it right, draw lightly at first then darken it. You can make it long or short, or many, if you like.

Edit all the basics you have put in place. Don’t focus on one part as you edit, move from one part to another so you’ll have a balanced work.

Look at the work from different angles so you’ll know if your work is even.

Gently erase the guidelines and unwanted lines, until it remains only what you’ll need.

Include a cast shadow underneath the dragon so the dragon does not look like it is floating.  We hope you’ll design your dragon by following the above guidelines closely and letting your creativity lead you.

if you’re interested in drawing then check our article How to Draw a Dog.